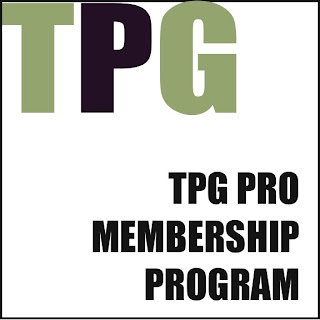 ONLY THROUGH MAY 17, 2010!
BUY A YEAR - GET A YEAR FREE!
NEW MEMBERS AND RENEWALS!
BENEFITS OF MEMBERSHIP:
TPG Pro members are among are most career-committed makeup artists in the world. Artistry-Driven. Community-Focused. Ready to strengthen and grow their craft into the most sustainable and personally satisfying career possible. TPG Pro members get special recognition from across the industry for their commitment to their career. TPG Pro members are the core of The Powder Group Global Makeup Community.
We hope you'll join us and become a member of TPG Pro today. When you join by May 17, online or at The Makeup Show NYC, you'll receive a free year with the purchase of a year membership! You can check out all of the benefits of membership on the TPG Pro page at thepowdergroup.com. Welcome to TPG Pro!
WHAT'S NEW AT TPG PRO?
We are introducing three new members-only e-communication benefits for TPG Pro!
Artistic Expression with James Vincent: A monthly piece on inspiration and artistry by The Powder Group Director of Artistry, James Vincent. Exclusively sent to TPG Pro members!
Ten Words with Michael DeVellis: A monthly piece that will take you, one by one, through the impact that Ten Words can have on your career. Exclusively sent to TPG Pro members!
Artist Q&;A: A new program where you can send in your questions for James and myself, and a selection of those questions will be answered via this new information email communication program. Members can send questions about business or artistry to Members@thepowdergroup.com and our first Artist Q&A email will go out in June!
Only available to TPG Pro members!
EXCLUSIVE INDUSTRY PARTNER BENEFITS!
The biggest brands in makeup love TPG Pro members! Special opportunities are offered to our members from the following amazing companies!
MAKE UP FOR EVER
TEMPTU PRO
SHU UEMURA
SENNA COSMETICS
BECCA COSMETICS
MATESSE ELITE @ RICKY'S
RUBY ROOM
THELOOKBOOK.COM
THREE CUSTOM COLOR SPECIALISTS
EMPIRE ACADEMY OF MAKEUP
BRIDALBEAUTYARTISTS.COM
BIG GIRL COSMETICS
JAO
EVE PEARL BEAUTY
ALISON RAFFAELE COSMETICS
HAGEN LINSS RETOUCHING
KORRES NATURAL PRODUCTS
MALIN + GOETZ
OBSESSIVE COMPULSIVE COSMETICS
PENCIL ME IN
ARMOUR BEAUTY
THE BRUSH GUARD
SHINY MAMA
CRYSTAL WRIGHT LIVE
*Industry partner benefits may change at the discretion of the participating brand. The Powder Group attempts to provide 100% accurate information via our TPG Pro membership emails. Any errors within the above are unintended and discounts and participation of individual brands is subject to change without notice. Please visit the TPG Pro webpage on thepowdergroup.com for more details about all of our Industry Partner Benefits!
FACEBOOK FOR TPG PRO!
Many members have already taken advantage of our introduction of our TPG Pro members Facebook page. I hope that you'll join us if you haven't already! Keep in mind that we will not be inviting anyone other than TPG Pro members to join our Facebook community but as the site goes many friends of the artist community will be coming onboard to celebrate the craft of makeup artistry!
SPECIAL DISCOUNTS ON ALL THE POWDER GROUP EDUCATION!
INCLUDING WORKSHOPS AT THE MAKEUP SHOW!
Members receive special discounts of at least 20% on all education produced by The Powder Group including hands-on workshops at The Makeup Show LA and NYC!
Celebrate our Fifth Anniversary with the top educators in the industry and more new products and brands than ever before! We hope to see you on May 16 & 17 at Metropolitan Pavilion! Please visit www.themakeupshow.com for more details.
And don't miss out special one-day intensive Makeup 101 and Understanding Photography events! Check out all our education on the EVENTS link on www.themakeupshow.com
VISIT WWW.THEPOWDERGROUP.COM TPG PRO PAGE FOR MORE DETAILS!
CLICK HERE TO REGISTER FOR TPG PRO TODAY AND GET A FREE YEAR!
Posted by The Powder Group No comments: 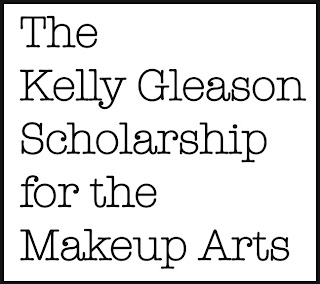 The Powder Group and Make-Up Designory are pleased to announce their co-sponsorship of The Kelly Gleason Scholarship for the Makeup Arts 2010.
The scholarship is an annual award presented by The Powder Group, and Make-Up Designory is proud to be the first partner of this very special program. The scholarship has been introduced to identify those who are dedicated and motivated to enhance their professional skills and become the next generation of professional makeup artists.

The Kelly Gleason Scholarship for the Makeup Arts in its partnership with Make-Up Designory will consist of a $10,000 award to be applied toward any Make-Up Designory program at their New York or Burbank campus, and will be awarded to one person who is looking to further their education in the area of makeup artistry. The winner will be announced in the Fall issue of On Makeup Magazine and through the online and social networking resources of The Powder Group and Make-Up Designory.
To Enter: Entrance is open to anyone over the age of 18 with a high school completion or its equivalence. Entries will be reviewed by a panel of industry experts and members of the Make-Up Designory and The Powder Group executive teams.
Entries must be received no later than July 1, 2010, and may be received by email to register@thepowdergroup.com with the subject heading "Kelly Gleason Scholarship" or by regular mail to The Powder Group 315 Seventh Avenue 6B New York, NY 10001.

The entry must include a letter of introduction, all pertinent contact information including email, phone number, street address and social networking site details. Entries will also include a statement, limited to 500 words, of why the applicant wishes to receive the scholarship. Entrants will be judged solely on their written expression and no previous artistry experience will be required to receive the award.

Entries must follow the above guidelines or will not be considered for entry.
Legal: Entry into the competition will require meeting the enrollment pre-requisites for Make-Up Designory. Enrollment requirements: each individual must be over the age of 18 by the time they begin classes, and must have proof of high school completion or its equivalent. International students must meet the requirement of qualification for an M-1 Student Visa, under the regulations of the U.S. Department of State. The winner must be able to provide confirmation of requirements within 30 days of the announcement as the winner, or the Scholarship will go to the runner-up. The Scholarship may be used at either the Los Angeles or New York campuses, however the student must start classes by December 31, 2011, and may be used towards tuition and supplies for any Course or Program at Make-Up Designory - up to $10,000 USD. There is no cash award or cash value for unused funds. The Powder Group nor Make-Up Designory are not responsible for entries not received. The decision of the panel is final. Only the winner will be notified by phone and email.
To receive email details on the winner please register to receive The Powder Group Report by visiting www.thepowdergroup.com/join.html
THE KELLY GLEASON SCHOLARSHIP FOR THE MAKEUP ARTS 2010
IS SPONSORED BY:

Posted by The Powder Group No comments: 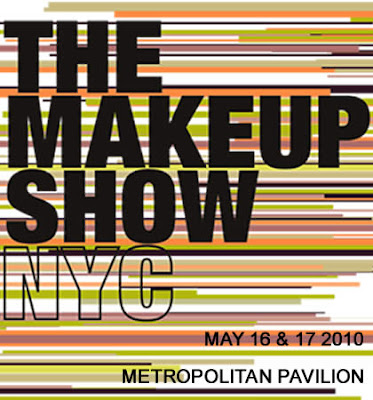 The Makeup Show NYC is excited to announce an unprecedented roster of industry leaders, under one roof in celebration of its 5-year anniversary show on May 16 & 17, 2010, 9am–6pm daily, located at Metropolitan Pavilion, 125 West 18th Street, NYC.

Makeup artist Charlie Green has been in the business for 20 years, prepping stars like Angelina Jolie, Milla Jovovich, Penelope Cruz, and Pamela Anderson for the red carpet to magazine covers. In “Making Up With” Green will give a first hand glimpse into the creative energy that has made her career mark on the fashion and celebrity scene. Green will reveal insider tips from working with top photographers, models, celebrities, and magazines including Vogue, Elle, GQ, and more.

Department Head for films including Avatar and Disney’s A Christmas Carol, the upcoming The Adventures of Tintin: The Secret of the Unicorn by Steven Spielberg and Robert Zemeckis’ Yellow Submarine, artist Tegan Taylor is one of the most called upon makeup artists in digital work. At The Makeup Show NYC, Taylor will talk about “The Age of Digital Makeup” from the era of digital film to the process of working in digital makeup and how it has affected her work. Taylor will discuss skills to understanding makeup application, technology, and character effects.

World-renowned celebrity makeup artist Joanna Schlip will do a keynote “Red Carpet Beauty,” detailing her career and tips, tricks and techniques to long lasting makeup that is flawless in photographs, video and in person. Schlip will go beyond the basics to the secrets of what it takes to make sure her celebrity clients have beautiful and memorable occasions. Schlip is a favorite of stars like Eva Longoria, Scarlett Johansson, Jessica Simpson, and Christina Applegate.

Creator and Artistic Director of Make Up For Ever, Dany Sanz makes a rare stateside appearance with 2 hands-on workshops: “Makeup Beyond Beauty” and Master Workshop “Exploring the Avant-garde”. Sanz will demonstrate the process of achieving an unmistakable character essence and present the unconventional side of fashion makeup for editorial and runway, discussing her creative process and how to develop an editing eye.

Co-founded by The Powder Group and Metropolitan Events & Production in 2005, The Makeup Show NYC was created in response to the need for a professional trade event for makeup artists. The Makeup Show NYC is an annual show that has become the go-to beauty event in New York City. In 2009 it marked its place on the West Coast with the annual addition of The Makeup Show LA.